Type-K thermocouples are the most commonly used thermocouples. They are relatively inexpensive, strong and durable. Type-K thermocouples function over a temperature range of -300°F to around 2300°F, so they fit the needs of the majority of ceramicists. A Type-K thermocouple is made up of two dissimilar metals: alumel and chromel. Where the two metals meet, they are welded together to form the tip of the thermocouple, which is where the heat in your kiln is sensed. When heated, the two alloys produce a voltage proportional to a temperature difference, between either ends of the metal conductors. In short, these two metals heat at different rates, and by comparing that difference, a true temperature is defined. The chromel metal is referred to as positive, and designated with a yellow + symbol; the alumel metal is negative and marked with a red - symbol. Keeping this polarity connected correctly through the thermocouple wire and to the kiln controller is critical. A reversed thermocouple can appear to read backwards, which means your temperature indicator will go down, and/or, it may simply read as an error. If your thermocouple or thermocouple extension wire ends are not color coded you can easily tell the difference with a magnet. The positive wire (yellow) is non-magnetic while the negative (red) is magnetic.

We carry thermocouples for all kiln models that we sell. Most are available with and without thermocouple mounting blocks. Please click on the thermocouple product listings in this department for more information. 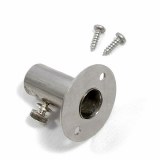 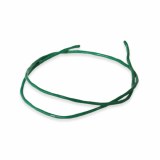 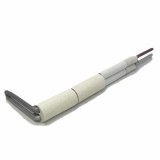 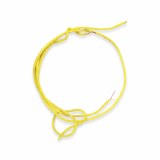 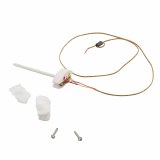 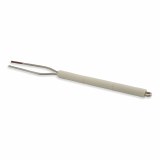 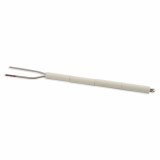 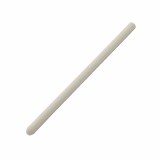 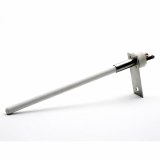 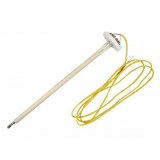 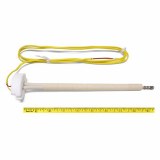 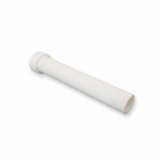 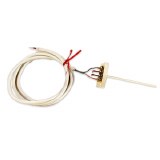 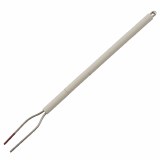 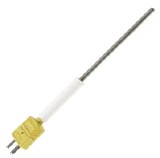 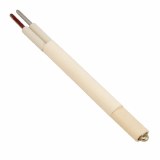 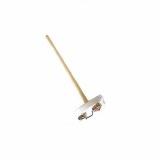 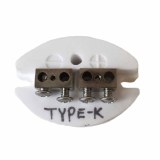